Combining the versatile Rail Foot Thimble with a hydraulic Drag Clamp into a single unit the TD15-01 Threader Dragger is the ultimate solution to handling long welded rail.

Traditionally, when installing long welded rail using a Road Rail Machine (RRV) or excavator a Drag Clamp is used to position the rail string ready for threading then a Rail Thimble is used to thread the rail into position.

Changing from one attachment to the other takes time and usually involves the RRV travelling back and forth between the work location and an equipment stabling point.

Combining the two functions into one unit allows the operator to switch immediately between dragging and threading and vice-versa without releasing the rail. The unique design of this device also allows it to be used on both running rails and conductor rails and no adjustment is needed between rail types.

The TD15-01 Threader Dragger can be used for:

Two hydraulic services are required to power the TD15 Threader Dragger, one to open and close the dragger jaws and one to deploy and release the threading rollers. The device is suspended from the host machine by the pivoting arch frame and, for short pulls, rail can be dragged by pulling on this point. For long pulls a chain can be attached between the host machine subframe and a tow point on the device which allows better control of the rail and removes shock loads from the machine boom. 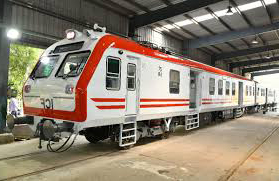 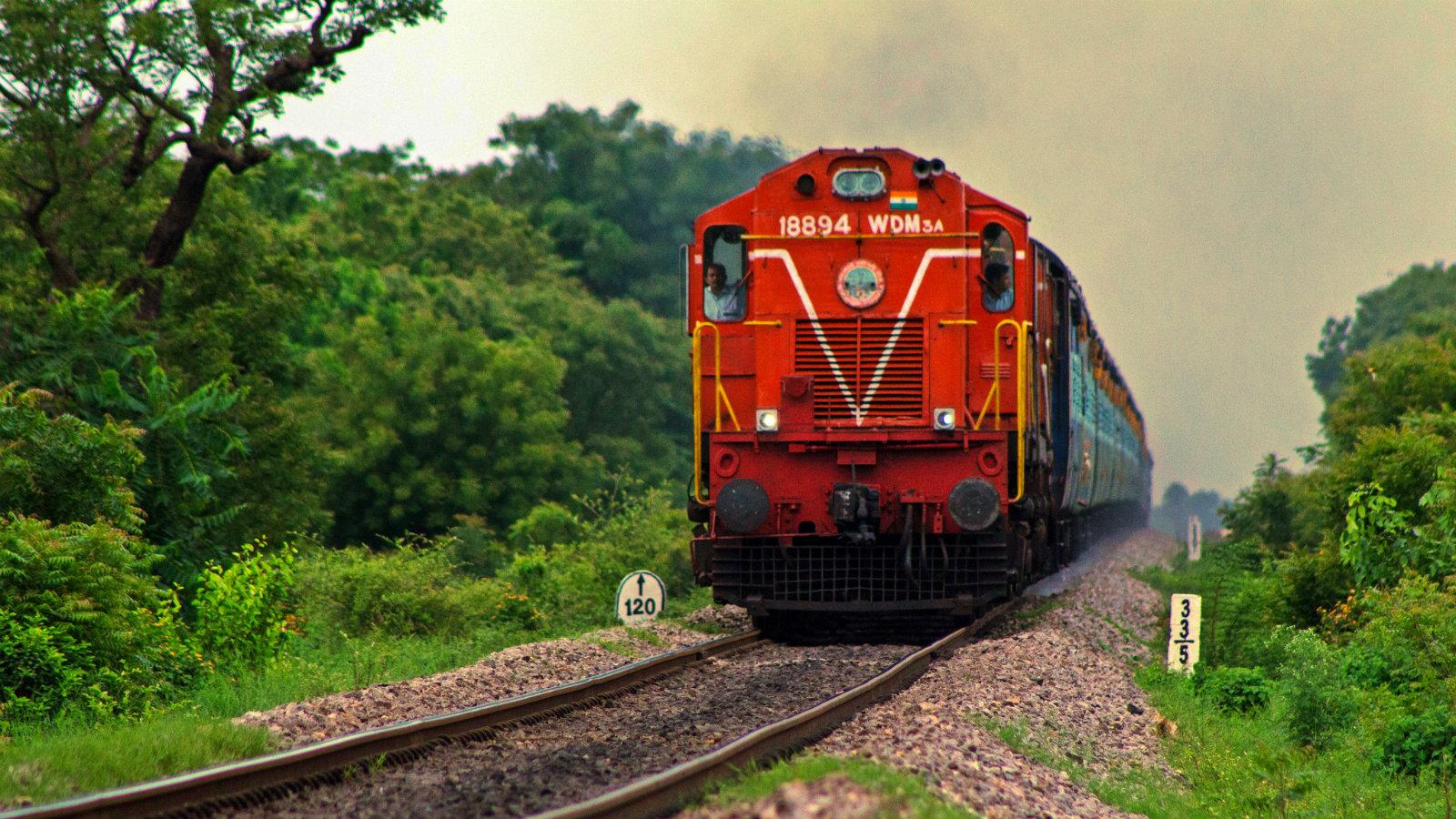 THE COMPLETE SOLUTION FOR THE HANDLING, REMOVAL, AND INSTALLATION OF LONG WELDED RUNNING AND CONDUCTOR RAILS.

Threading and Dragging with One Device

In normal operation the TD15-01 Threader Dragger is suspended from a swivel hook on the boom of the Road Rail Excavator (RRV) and the hydraulic services connected to auxiliary connections.

The TD15-01 Threader Dragger is lowered onto the rail with the Drag Jaws in the open position and the Threader Roller Arms raised. The specially shaped rail-head rollers allow it to be set on either running rail or conductor rail without adjusting the device.

Once in position the Drag Jaws are closed onto the rail. The rail may now be lifted and dragged as required.

Once the rail is in position, whilst still gripped in the Drag Jaws and held a little way above the ground, the Threading Rollers are lowered onto the rail foot.

The Drag Jaws may now be released and the TD15-01 Threader Dragger is ready for use in Threading Mode. 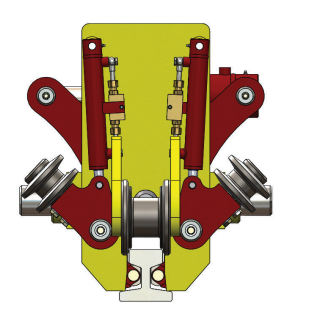 Normally both dragging and threading operations will be carried out with the TD15-01 Threader Dragger suspended from the boom hook.

However, where rail must be dragged over distances greater than the reach of the boom, the device can be set up as illustrated below with a drag chain connected to the RRV towing point. Whilst dragging the rail the boom is used to lift the device to prevent the end of the rail catching on sleepers and other obstructions.

A custom designed single chain assembly is available as an accessory or a standard two leg chain set may also be used. 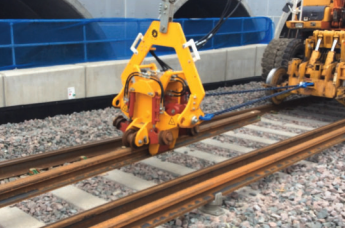 The TD15-01 Threader Dragger improves efficiency by allowing the instant changeover of Threading and Dragging functions without the need to swap attachments.

With long welded rail which has to be moved laterally by more than 1 metre it is often necessary to perform multiple threading operations and this makes it particularly difficult to position it accurately first.

By being able to swap immediately from Threading Mode to Drag Mode and vice-versa the operator can reposition the rail at will without changing attachments. This leads directly to tangible safety benefits as, once the TD15-01

Threader Dragger is positioned over the rail, there is no need for anyone to enter the work zone throughout the rest of the rail handling sequence. 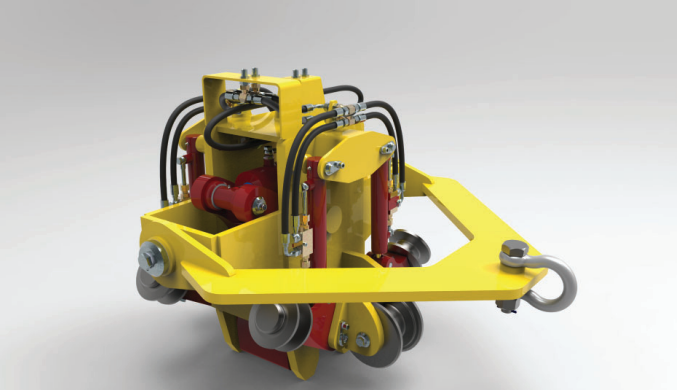